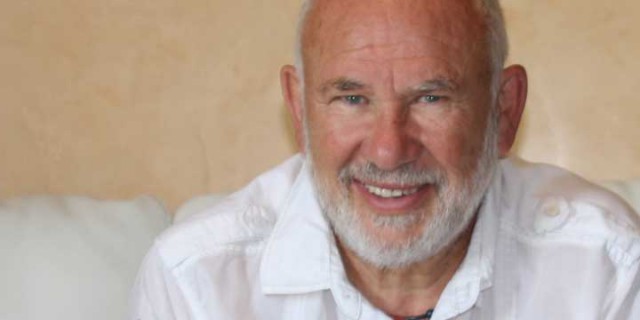 My path as a healer began very early. From my conception until my birth I lived with a twin brother who died 15 days before I was born. As an illegitimate child – father unknown – I had to first of all accept to live without a dad.

At the age of six months I became paraplegic due to febrile convulsions. When I was three years old I decided I wouldn’t be handicapped but walk instead. I spent my childhood inducing my own rehabilitation, without any help, just by means of sports and physical exercise.

At the age of 14 I began working in a spinning mill. Two years later I underwent an apprenticeship as a cook to later become a chef and restaurant owner. I started a family and became a father of two children.

In 1981, at the age of 32, I experienced an awakening, a “spiritual accident” called a satori. Ever since then I have been able to see auras and chakras, followed by a deep understanding of what had happened. This incident completely changed my life.

For four years I worked with medical experts, doctors and hospitals as a “health technician”. This is the term I chose to describe my vocation because at the time there was no word to designate the energy work I did and my own personal treatment method that I had developed to help people heal themselves deep down.

At the age of 39 I met Baghwan Shree Rajneesh (Osho). He recognized me as an authentic healer and offered me the healing department in his ashram at Poona. I declined this offer, however, to establish a healing centre in France. I founded the Osho meditation centre called “Chenerie” at Orange and later the “Espace Healing” at Comps in the northern part of Provence which I have run ever since.

The sentence “Healer, heal yourself!” – which Osho personally presented to me – became the fundament of my teachings and the centre of my spiritual and vocational path. Self-healing is the most important thing for becoming a healer and transforming the therapeutic techniques in which one has been trained. A small healing technique may be valorised by a good technician; a great technique may be destroyed by a bad technician.

For 34 years now I have offered individual sessions and satsangs as well as groups for personal development and healing, and above all a training course called the “Authentic Healer®” in France, Germany and Italy. This technique enables the trainees to heal themselves and others. For many years I have also given talks and theme nights in France and other countries.

I continue to further grow as an individual so that the world – when I should leave my body – will be a more conscious and more beautiful place than it was when I arrived on it in 1948.

I offer all my love to you.